Lady Macbeth and the Not Quite Dead 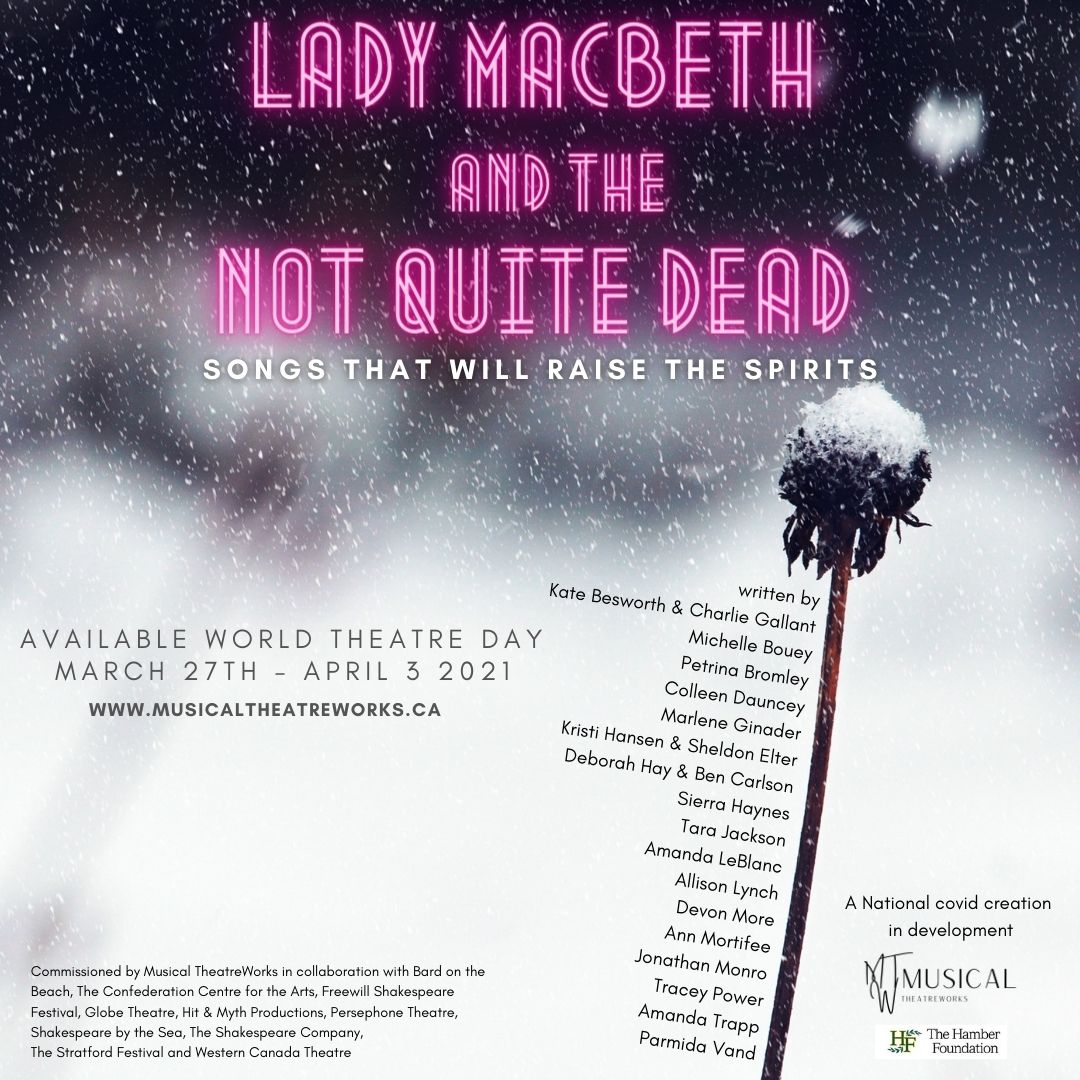 Musical TheatreWorks is excited to announce that on March 27 through to April 3rd you’ll be able to listen and watch our newest work in development, LADY MACBETH AND THE NOT QUITE DEAD. March 27th is World Theatre Day, and this year if we can’t celebrate what’s on our stages we can celebrate the new work that could be.

A song cycle of 17 songs was commissioned from artists across the country to create a truly national new work. We are experiencing life in a different way, so why not experience creating in a different way and see what happens. We hope one day to share this piece on the stage but until then the artists will be sharing their songs in a series of short videos.

Lady Macbeth and the Not Quite Dead, finds us all in the middle of Lady M’s infamous sleepwalking scene, except this time… she doesn’t spend her final night alone. She calls on the spirits of all those Shakespearian women who have not quite died before her. A party ensues and we become witness to the words, the wisdom and the wise cracks of all those who those who were written off.

Lady Macbeth and the Not Quite Dead

Commissioned by Musical TheatreWorks in collaboration with Bard on the Beach, The Confederation Centre for the Arts, Freewill Shakespeare Festival, GlobeTheatre, Hit & Myth Productions, Persephone Theatre, Shakespeare by the Sea, The Shakespeare Company, The Stratford Festival and Western Canada Theatre

Made possible with the generous support of The Hamber Foundation