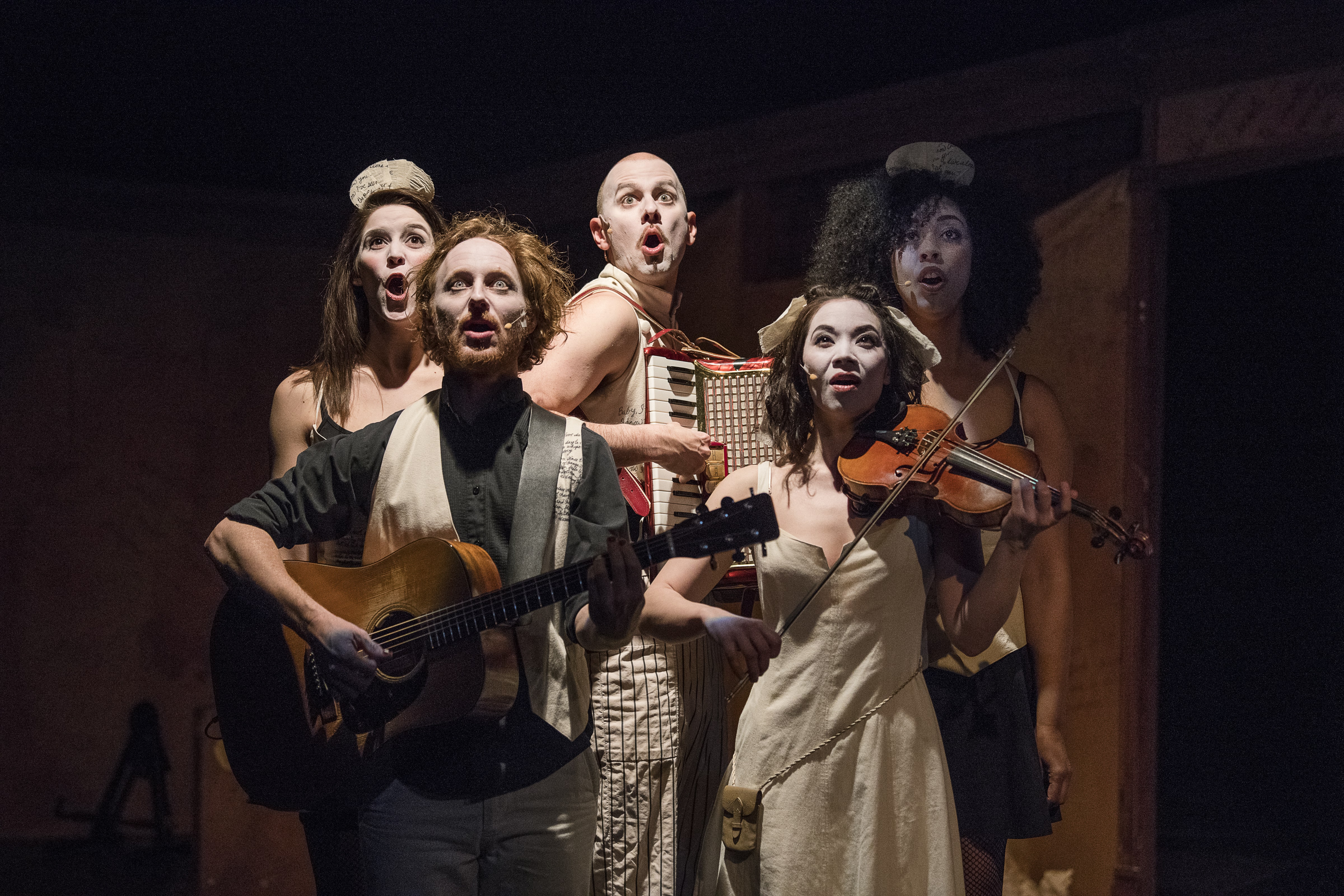 In 2011 Tracey Power imagined a show that would embrace Music, Theatre and Movement in a poetic theatrical experience.

She wanted the audience to experience, magic, surprise and to free their imaginations to see their own story within the world the artists would create.

Leonard Cohen’s lyrics and music were immediately the inspiration for what is now called ChelseaHotel. His poetic nature left the songs open to interpretation and she immediately began to create using his words and melodies.

MusicalArranger/Director Steve Charles arranged the music for the show to help create the world she imagined. A kind of mischievous circus like cabaret.

The lyrics for Bird on a Wire were the first inspiration for the journey of Chelsea Hotel. What was the story that led up to the discoveries in this song.

The Guests, was always a song that would be the invitation to the audience to join us. To come along for the journey and to let go of any preconceived notions of what a Cohen song should sound like.

Musical Theatre Works supported Tracey in the earliest developments of the show, which was then embraced and produced by Donna Spencer and the Firehall Arts Centre.

Six multi-instrumentalists, actors, dancers, singers play over seventeen instruments in the show. It has tour to all over Canada and played over 350shows.

It was to have a new production with Western Canada Theatre in the spring of 2020. After half a day of rehearsal, it was put on hold due to Covid-19. We look forward to the future when we can gather and celebrate this incredible music again.

Lady Macbeth and The Not Quite Dead

The Songs of Leonard Cohen