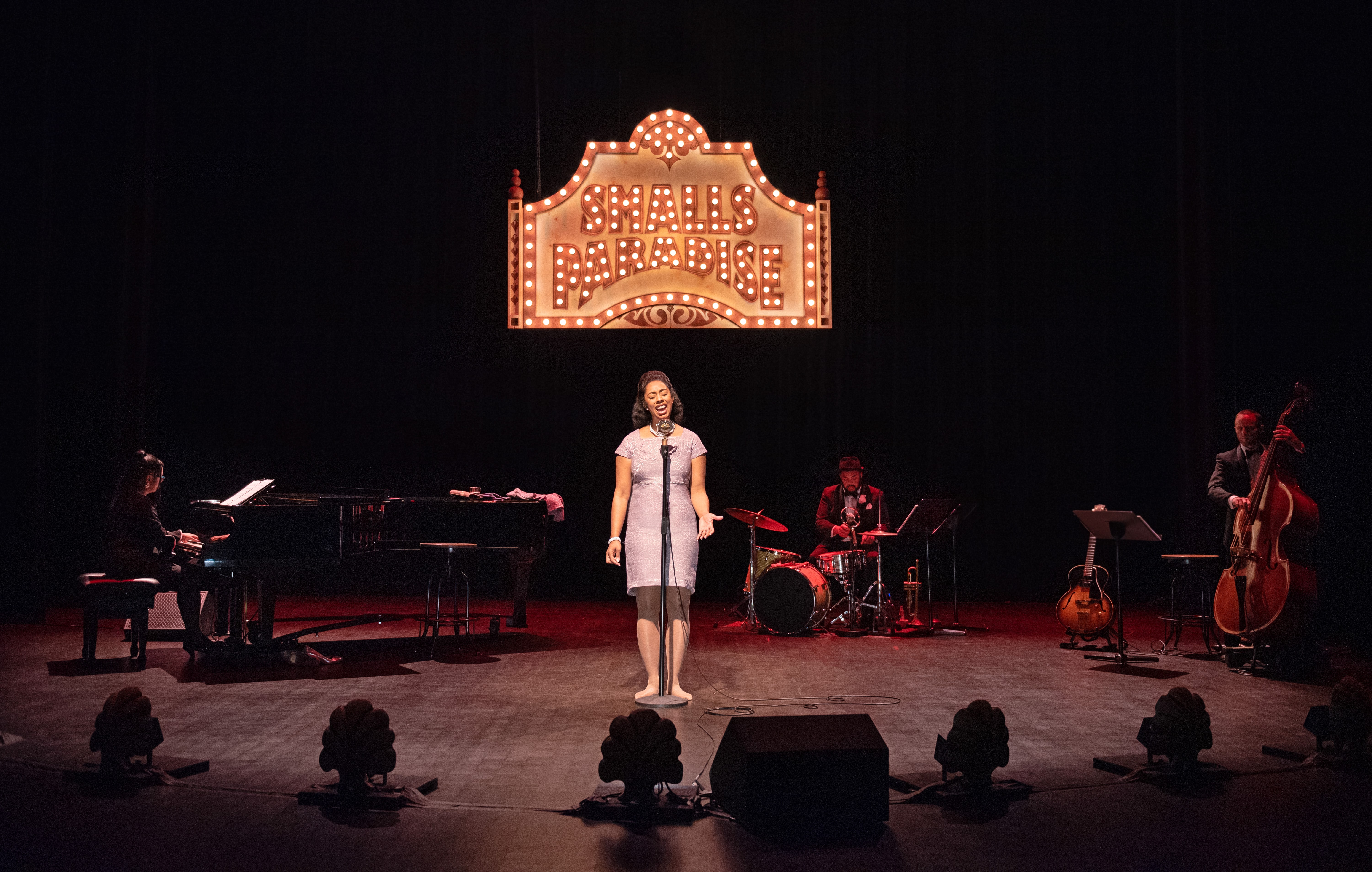 After months of being closed, the Anvil Centre is thrilled to raise the curtain, light up the stage and present the premiere of Hey Viola!, a musical exploration of Canadian Civil Rights hero, Viola Desmond

Hey Viola!, a musical exploration of Canadian Civil Rights hero, Viola Desmond. But who is Viola Desmond...? other than the newest face on Canada’s ten-dollar bill. She is best known for her courage in refusing to leave the whites-only section of Nova Scotia’s Roseland cinema in 1946, a decision that made history, but she was also a feminist and beauty product icon. What was the fire within this successful black Canadian businesswoman that gave her the courage and confidence to stand up to systemic racial injustices in Canada?

In Hey Viola!, Vancouver songstress and performer Krystle Dos Santos, with the support of local musicians Chris Davis, Steven Charles and Mary Ancheta, brings the life of Viola Desmond to the stage using the dynamic and inspirational music that filled the home of this trailblazer of the civil rights movement. Using the musical format enriches the telling of her amazing and powerful story, ultimately an important Canadian story.

Teaming up to create this work are: Tracey Power, Co-creator and Director, who created Glory, Chelsea Hotel, The Songs of LeonardCohen and the musical Miss Shakespeare and Krystle Dos Santos, an extraordinary actor, blues, jazz and soul singer and creator of “BLAK”, exploring Canada’s Black history.  “I feel so honoured to be able to share Viola’s story, she was such an incredible, driven, intelligent and strong woman, an inspiration on so many levels,” stated Dos Santos. “Her story is such an important message to share, and is still relevant in today’s world. As Canadians, we have to recognize that this is not a unique story in our history, but one that reflects an imperfect culture, past and present, and is one of many examples of how we can always strive to be better.”

With brilliant hits of the era, and songs that influenced history; “Don’t Let Me Be Misunderstood”,  “A Change is Gonna Come”, “Sinnerman”, and “Mississippi Goddam”,  this personal, and powerful cabaret, gives audiences an opportunity to discover how the actions of one woman played such a huge role in a movement that Krystle herself continues today.

Viola Desmond - the Soundtrack of a Life