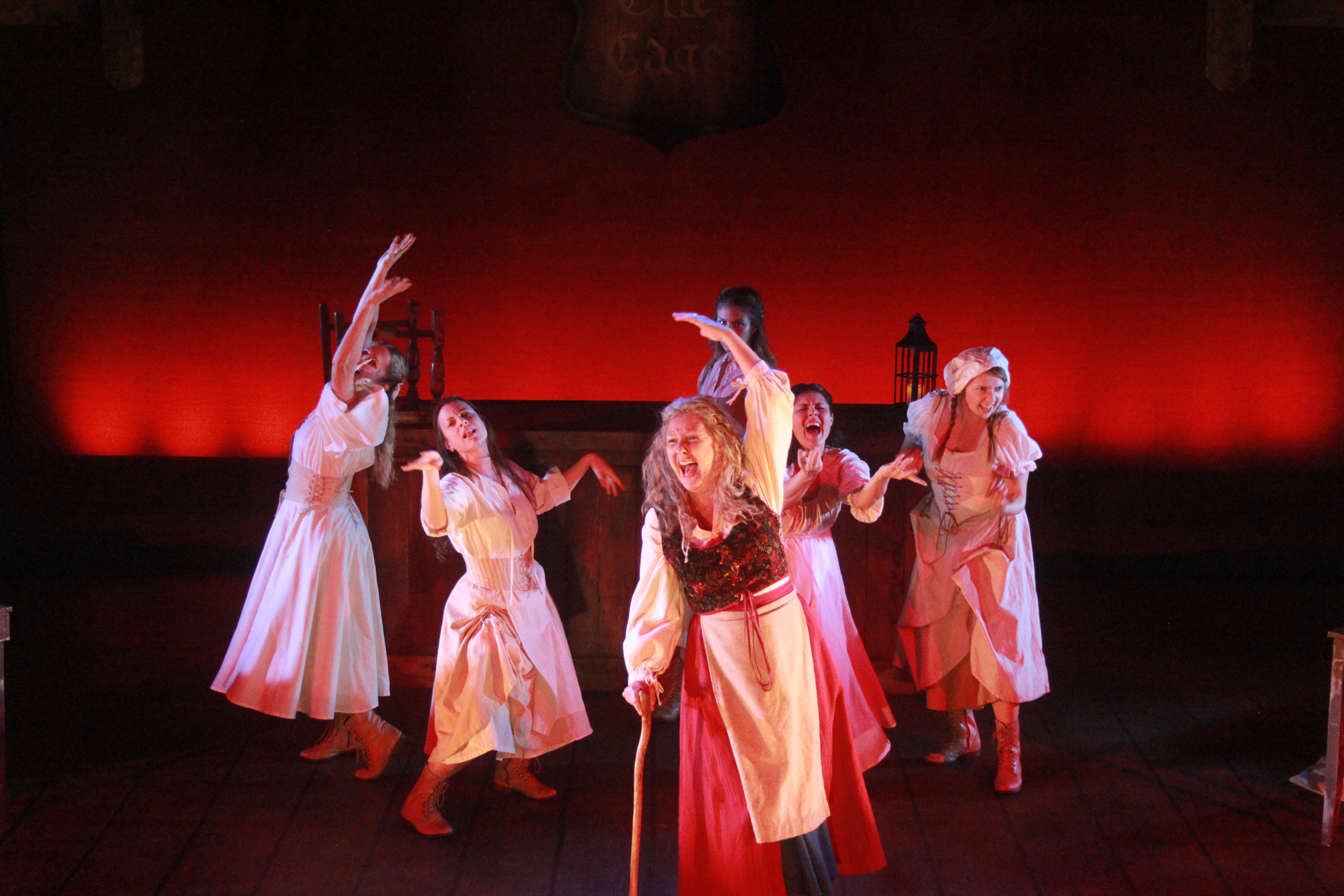 Miss Shakespeare is a story inspired by the Bard’s daughter, whose own creative aspirations come alive as she leads a group of women in something secret, subversive, and illegal: the staging of a play.

The mad mind of Judith Shakespeare explodes in this sensational musical, which garnered a 2016 Jessie RichardsonTheatre Award for “Outstanding Production”. It’s the 1600’s and women are banned from the stage, but the suppressed female mind is finding it difficult to stay…well, suppressed. Behind the dingy walls of The Cage Tavern, six women explore the seductive power of the theatre. With a musical score influenced by underground European Cabaret, the women embrace their creativity, their voice, and their freedom. However, the law is not on their side, and if these artists are to truly have a voice, they must find the courage to get beyond the walls and in front of an audience.

“With humour and heart, Miss Shakespeare imagines an underground world of women who broke the rules, first quietly and then brazenly, changing the landscape forever”

“This is smart, funny stuff!”

Produced by The Firehall Arts Centre in association with Musical TheatreWorks